Please enter the article no. from our catalogue.

Boundary marker to eternity
The moon is more than just a heavenly body. Apparently only a cosmic stone throw over our heads, it has been following its path for billions of years. Only clouds lie between us and the moon, and behind it lies the unending expanse of the universe,the home of the gods of many religions and the realm of our dreams and desires. Many of the myths, legends and fairytales, passed down to us, describe it just as songs and poems do. And as long as humans dreamed of flying, they fantasized about the flight to the moon. Even after the first two astronauts left their mark on the moon, its allure still did not dwindle. Couples still exchanges promises of everlasting love during the pale nights of the full moon, for others it is a serene partner for the thoughtful evening hours. It offers people taking walks company, shines affectionately in the bedrooms of children and disperses their fear of darkness. The moon slowly passes over the silhouettes of houses, lingers on the branches of trees, hides behind clouds, disguises its countenance and disappears furtively in the face of the early morning sun on the horizon. Thus it is a confidant or friend, brother and reliable companion bundled in one. 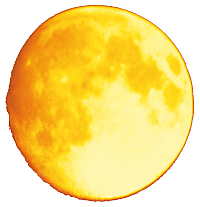 Customers who bought this product also bought the following products:

The newsletter can be canceled here or in your Account at any time.